Commercial cannabis is now welcome in many states throughout the U.S., giving consumers countless options they can acquire. Though concentrates and edibles are certainly growing in popularity, good ol’ cannabis flower is still the top choice among consumers everywhere. Whether the flavor, convenience, or nostalgia, people still want bud, and they want it to be as pretty as possible.

Of course, there’s more to high-quality cannabis than growing it and bagging it. Between cultivation and curing, the buds must be trimmed to remove unnecessary (and harsh) leaves and stems from the product. There are two methods to trim your marijuana — trimming by hand and using machine trimmers — both with advantages and disadvantages depending on the situation. Today, we’ll discuss the differences between machine-trimmed weed and hand-trimmed weed, and outline steps you can take to discover how the buds you purchase are trimmed.

Hand-trimmed weed is the most traditional form of cannabis trimming. It became especially popular in the early 2000s as people started shying away from “brick-packed” (i.e., illegally imported) cannabis in favor of more potent, flavorful buds. Trimming sugar leaves and excess stems off of buds not only created more aesthetically-appealing buds, but also reduced the harsh smoking sensation that comes with smoking chlorophyll. This practice helped set premium cannabis strains apart from the rest of the, well, schwag. 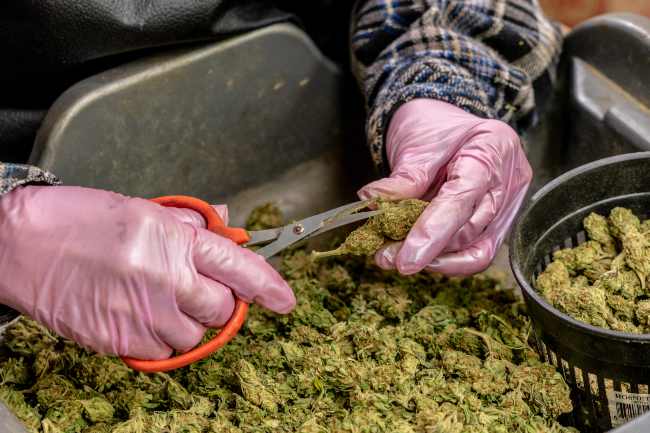 Hand-trimmed weed is typically preferred by cannabis consumers, but it can be time and labor intensive. photo credit

Hand trimming weed continues to be a popular practice among both private and commercial grows. That’s because hand-trimmed weed results in a more thorough trim, more attractive (and unique) buds, and a higher potency because of both the reduced fan leaf leaves and careful handling of trichome-covered buds.

Additionally, hand-trimmed weed has a low start-up cost. For example, small-scale grow ops need only a few dedicated hands (and maybe a binge-worthy Netflix show) to get the job done quickly and efficiently. Whether a small group of employees or just some close, personal friends, hand trimming is relatively cost-efficient provided that harvests are not too large. When it comes to quality, hand-trimmed weed beats automated machine trimming, too. Due to its nature, hand-trimmed weed is also carefully checked for quality by real people with an eye for quality bud. Trimmers can flag worrisome buds like those that contain mold or pests and can remove and dispose of them properly.

Hand-trimmed weed is not perfect. The job is tedious and time-consuming and can take a major toll on the health of trimmers if they arch their backs over their trimming trays for 8+ hours each day. 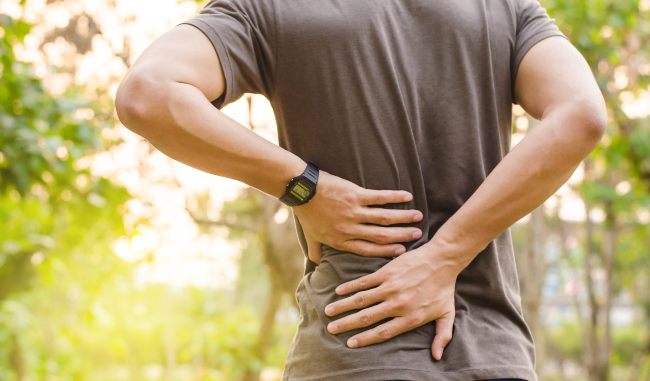 Hand-trimming weed for long hours can lead to health issues like back pain. photo credit

Furthermore, the time it takes to produce beautifully trimmed buds can cost commercial facilities both in labor and in downtime before the product can go to market. Because it is so laborious, hand-trimmed weed is usually reserved for premium cannabis strains and/or boutique dispensaries.

When it comes to machine-trimmed weed vs hand-trimmed weed, machine trimming offers an easy alternative, which is especially valuable for larger commercial grows and those that produce lesser quality buds. Though the machines themselves can be quite pricey, after subtracting labor costs and processing times, machine-trimmed weed is actually quite affordable.

Machines trim weed by placing them in specialized rotating bins that shave off excess leaves and shape buds into standard football shapes. Trim collects in secondary bins which can then be used to make concentrates or edibles. However, because machine trimmers agitate the buds to smooth their appearance, potent trichomes can be lost in the process. Trichomes are either collected in the trim bin or lost to blades and other machine parts, which means a loss in potency of the final product when it comes to machine-trimmed vs hand-trimmed weed. 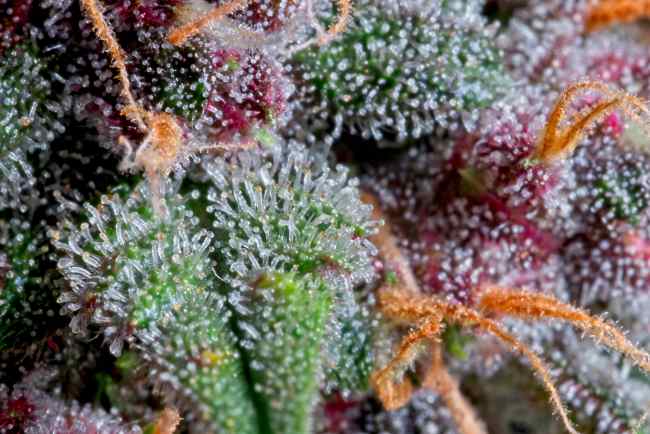 A major drawback of machine-trimmed weed is that some of the trichomes can be lost in the process, leaving you with less potent and lower quality bud. photo credit

Machine trimmers also offer more consistent bud shapes and sizes and do so in a much more sanitary environment than hand trimming operations. Machines are cleaned and sanitized regularly as compared to human trimmers who, despite washing hands, may come to work with a case of the sniffles (or worse) which can be hard to regulate. Those with severe medical conditions that make contamination a concern may fare better with machine-trimmed cannabis.

Hand-trimmed buds are often regarded as higher quality and placed on the top shelf with higher price tags (though this is not necessarily a constant).

But perhaps the best way to determine how your weed was trimmed is simply to ask. Most budtenders are familiar enough with their products to know if they cultivate in-house (in which case, they will know many basics about their cultivation practice like which nutrients they use and what their trimming process is). If they outsource, especially to a large cultivation facility, they likely sell machine-trimmed weed. 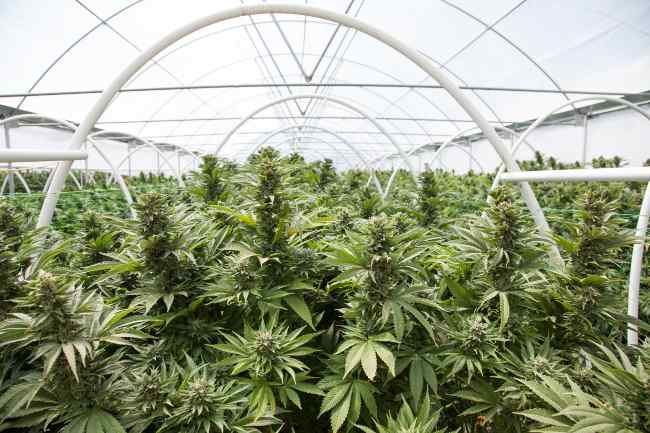 Large marijuana grows typically utilize machine trimmers due to the scale of the operations. photo credit

The long and short of hand trimming is that it is a major selling point for many dispensaries. If they sell hand-trimmed bud, everyone in the dispensary knows it. Sure, the price may be a bit higher (you help offset the labor cost with the pricey purchase, after all), but the care put into preserving the bud — and its potency — is well worth it for those who seek premium, high-quality cannabis flower. Those who prefer products with a lower price tag, however, will likely find themselves leaning towards machine-trimmed weed over hand-trimmed.

Are Bud Trimming Machines Worth it?

Bud trimming machines will pay for themselves in terms of lower labor costs and processing time, but they’ll produce lower-quality, less-potent nugs.

What is a Bud Trimming Machine?

A bud-trimming machine is a specialized machine that processors use to trim and shape cultivated nugs so they can be cured. The machine shaves off excess leaves and shapes bud into standard shapes. It also collects trim.

How Does a Trimming Machine Work?

Machines trim weed by placing them in specialized rotating bins that shave off excess leaves and shape buds into standard football shapes. Trim collects in secondary bins which can then be used to make concentrates or edibles. However, because machine trimmers agitate the buds to smooth their appearance, potent trichomes can be lost in the process.

How do you feel about machine-trimmed weed vs hand-trimmed? Share your thoughts in the comments below.

Introduction to High Fashion By NDD.