In the world of cannabis and music, Wiz Khalifa prevails as one of the pioneers of stoner rap. Growing up in Pittsburgh, Pennsylvania, the rapper has since exploded into one of the biggest artists of our generation, constantly creating timeless music for his ever growing fanbase. His 2010 Kush and Orange Juice mixtape alone will forever go down in history as one of the best projects from the modern era of Hip Hop.

Smoking Weed and Working Out

Boasting 38.3 million followers on Instagram alone, Wiz Khalifa carries immense influence in the culture, always pushing forth hard work, dedication, and positivity any chance he can. In fact, if you’re at all tapped with Wiz on socials, you’ll see he’s recently found a newfound love for the gym, working out for 2 to 3 hours every morning, from Monday to Friday. 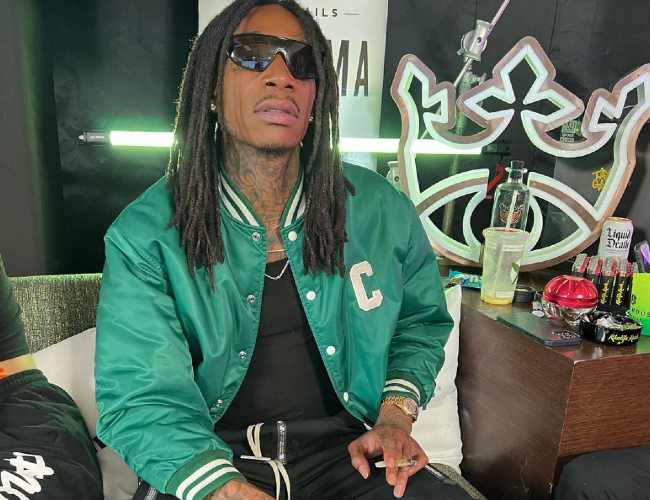 Whiz Khalifa is known for incorporating cannabis into his photo credit

“To me, it’s made him more of a stronger man, because he’s focused always. His discipline is strong. He encourages you as a person to take the value of your health seriously. It’s helped me as an older person. When you’re older, you’re like “oh I’m cool, I’m cool.” But you see him pushing himself, it’s like damn bro, I’m with you every day. I have to push too.”

On a beautiful Thursday in Los Angeles, Wiz Khalifa hosted his third ever Wiz & Friends gaming event at The Bakerie in Los Angeles. Going from 3pm to 8pm, the festivities were live streamed on both Twitch and YouTube, as over 3000 fans tuned in to play the game with Wiz’ esports gaming team Pittsburgh Knights — essentially a group of Wiz’ closest friends who he likes to spend his time with.

Of course, Taylor Gang was in the building, along with endless weed smoke, catered food, drinks from Crafthouse Cocktails, and nothing short of good energy. With anything Wiz does, he always tries to break down barriers and push boundaries, a true trendsetter in every aspect of the word. With the recent surge of people trying to enter the Web3 world, it’s no surprise Wiz is constantly ahead of the curve, even being an investor in the Pittsburg Knights. 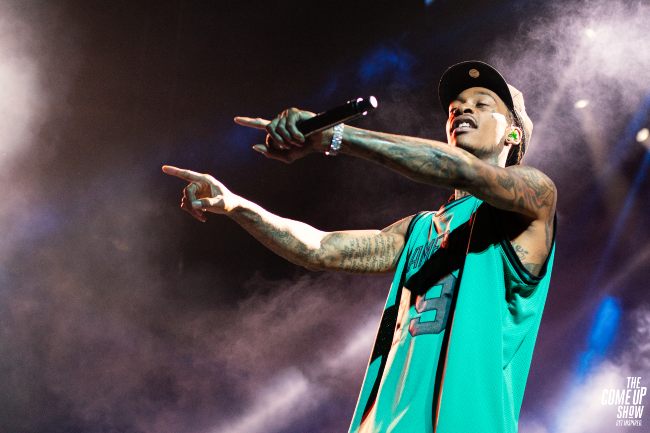 Besides Wiz Khalifa’s music and weed business, he invests in the Pittsburg Knights and hosts gaming events. photo credit

Present on site were the limited edition Khalifa Kush x Nugg Club boxes, equipped with his own KK weed strain, pre-rolls, and a limited edition Santa Cruz x Taylor Gang grinder, tray, and lighter. Only a couple hundred boxes were made, selling out almost instantly.

“The connective thread between everything here is obviously the love of cannabis. That’s what brings people together more than anything. It’s what the world needs right now, so that’s what everyone’s here for. For Wiz, all you have to do is follow him on Instagram to see how it fuels him creatively day in and day out.”

While Khalifa Kush has technically been around for a few years now, the brand recently launched in California where the genetics and story originated. Saul explains, “We took our time to make sure we lined up the right partners to bring it to the market in the right way. California officially dropped in January and has been growing quickly. We launched Oregon 3 weeks ago, are launching Michigan in June, and have Florida coming later this year. Our team is mostly split between LA and Pittsburgh, but we’ll be expanding the team alongside our national growth throughout the year.” 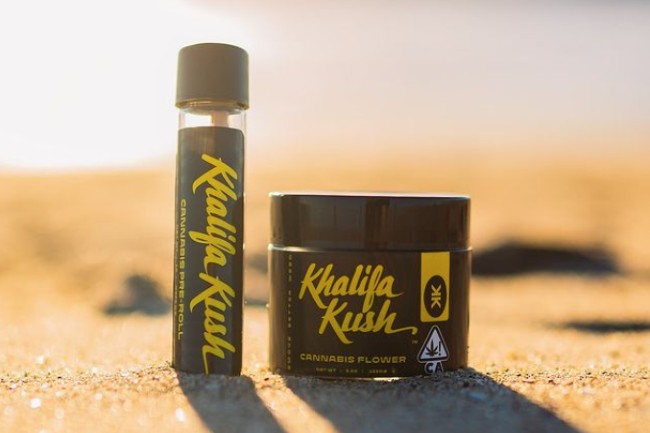 Khalifa Kush was launched in Los Angelos and is rapidly expanded. photo credit

Luckily, KK has been receiving nothing but positive feedback, making it even more special that consumers are able to purchase the same weed they’d been seeing Wiz smoking for years and years and years. KK is a hybrid, classic OG. Saul states, “Technically it’s indica leaning, but it won’t put you to sleep, and is great for both day and night, which is part of what makes it so special.”

Peter Sobat, founder of The Bakerie, states, “We love video games here, it’s something that we do daily. We start our day with video games, we end our day with video games, with large amounts of cannabis in between. Of course Wiz and I, and the whole Taylor Gang crew, we go back many, many moons. Because I’m originally from Pittsburgh. Literally anything we can do for the city while we’re here in LA, we try to do it. I’m blessed and pleased that they chose our venue to do this event.”

At the end of the, cannabis and music are synonymous. Sobat continues, “The best time to listen to music is when you’re stoned. Most of my favorite artists create in the studio while they’re smoking. It’s so easy to get music and weed together because it’s like peanut butter and jelly, chocolate and peanut butter. Anything in general with peanut butter goes good.”

For those who missed the livestream, be sure to check back in next year as they are turning this into an annual series.

Are you lucky enough to have tried Khalifa Kush flower? Let us know what you think in the comments below!

Marijuana for Anxiety, Indica or Sativa?

Canafarma Rising Above the CBD Competition With Novel…