When Can You Buy Weed Legally in New Jersey? | PotGuide.com


On November 3, 2020, New Jersey voters approved the Marijuana Legalization Amendment to become the fourteenth state to approve the possession and use of cannabis for adults 21 and older. Garden State lawmakers haggled over the details of the new state constitutional amendment until February 22, 2021, when New Jersey Governor Phil Murphy signed the New Jersey Cannabis Regulatory, Enforcement Assistance, and Marketplace Modernization Act (S21 2R) into law.

With the stroke of the pen, New Jersey residents can now possess up to six ounces of cannabis or 17 grams of hash. Additionally, S21 2R set up a framework for the legal market. Signed on the same day as S21 2R was A1897, “An Act concerning certain criminal and civil justice reforms, particularly [with respect to] addressing the legal consequences associated with certain marijuana and hashish offenses as well as [broadening] raising awareness of available expungement relief, and amending and supplementing various parts of statutory law.”

The good news is, New Jersey residents 21 and older are now free to possess and consume cannabis on private property without fear of arrest, and expungement efforts are underway. The bad news? Unless you’re a registered medical cannabis patient, there’s nowhere to get it legally. It begs the question: when can you buy weed in New Jersey?

When Will New Jersey Dispensaries Open?

Like any newly legal cannabis state, it takes some time to set up an infrastructure for a cannabis marketplace. Though the law became official in February, 2021, it took the New Jersey Cannabis Regulatory Commission until August 20, 2021 to announce its first set of rules, just meeting its deadline of August 21.

Cannabis Regulatory Commissioner Jeff Brown told nj.com, “To meet the deadline, the commission drafted the most necessary regulations. They will continue work on the full rules to guide delivery, distribution and wholesaling.” Top of mind for the Commission was creating rules that favor local entrepreneurs from diverse backgrounds (nearly all of New Jersey’s 12 medical marijuana operators are out-of-state), and social and racial equity. 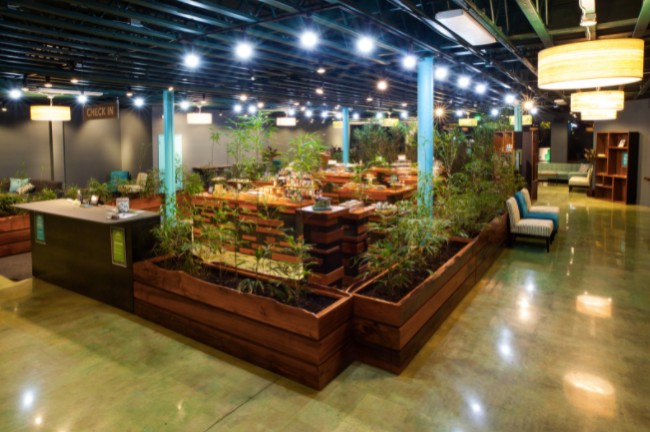 Commission Chair Dianna Houeno indicated that the commission is focused on opening up the application process to license new businesses, and she expects guidance will be coming in the next few weeks. In the meanwhile, Garden State residents may be able to buy from one of New the state’s already licensed medical marijuana operators – once they prove they have enough product to meet both patient and adult demand and that they will not favor adult over medical markets. 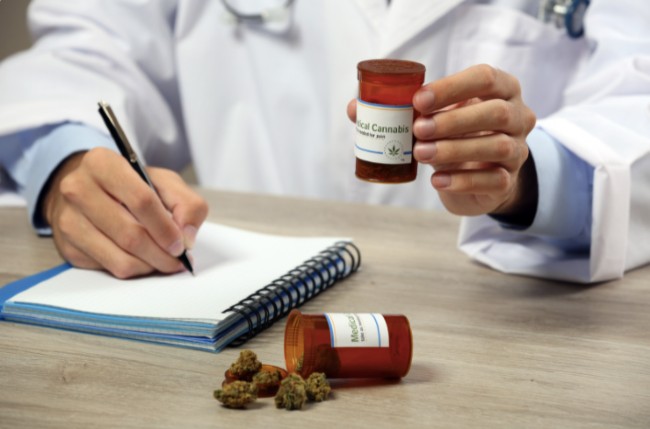 Medical cannabis will be favored until there is enough product to meet full demands. photo credit

The state has a history of dithering on legal cannabis issues, largely at the hand of former Governor Chris Christie. Since Governor Murphy took office, he has tried to increase the size of the medical cannabis program, but a lawsuit has been mucking up the process for nearly two years.

As it stands now, there is no clear answer as to when cannabis will be ready for adults to purchase in New Jersey. Swiss-born philosopher Jean Jacques Rousseau said, “Patience is bitter, but its fruit is sweet.” Hang on, New Jersey folks. It’s coming soon.

When can I buy weed in New Jersey?

The short answer: no earlier than 2022. Stay tuned!

How much cannabis will you be allowed to buy in New Jersey?

Once retail markets are open, consumers will be able to purchase and possess up to one ounce of cannabis products. This is at odds with the current possession amount of six ounces, a discrepancy that comes from two different pieces of legislation.

Are edibles allowed in New Jersey?

Under the new rules recently released by the commission, any cannabis infused items “resembling food” are not allowed.

Where can I smoke weed in New Jersey?

It is legal to smoke weed on private property, e.g. your home or the home of a friend.

What are you looking forward to in New Jersey’s rec market?

The Winners of the Cannabis Cup Illinois: People’s Choice Edition |