Does It Get You Higher? | PotGuide.com


If you’ve ever seen the stoner movie classic Up In Smoke, you’ve seen hotboxing. There they are, Cheech and Chong, driving (please do not drive and consume!) through 1970s LA and smoking weed through a sploof — getting them good and baked — and stamping a strong visual imprint on pot culture.

For many viewers, watching the duo fill their van with smoke was a first encounter with the concept of hotboxing, but it likely wasn’t their last. As a visual gag, it’s now become a common trope in nearly every stoner comedy. However, hotboxing is famous for more than displaying a comically large amount of smoke, it’s purported to get you much higher than just smoking by itself.

In its simplest definition, hotboxing is the act of smoking weed in a non-ventilated, enclosed space to intensify the high. Though hotboxing happens often in cars, others example spaces might include a space like a bathroom or closet, or any other space where ventilation is poor to non-existent. But the question is, does hotboxing really get you higher? Let’s dig in.

In 2015, researchers at Johns Hopkins conducted a study whose findings were published in Drug and Alcohol Dependence. To learn about the effects of hotboxing, researchers recruited seven cannabis smokers and 12 nonsmokers between the ages of 18 and 45. Six from each group were placed in 10 by 13 acrylic enclosures for one hour, and the smokers given 10 joints of high potency cannabis. 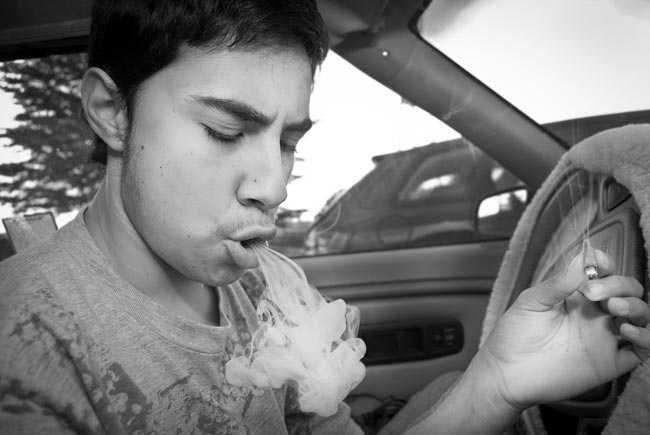 If you would like to avoid getting high, it’s probably best to avoid your friends’ next hotbox sesh. photo credit

In one scenario, the small space was ventilated, and in the second, it was not. Researchers found that in the unventilated room, those who did not smoke any weed got pretty baked all the same. One of the senior authors of the study, said in an official release, “We found positive drug effects in the first few hours, a mild sense of intoxication and mild impairment on measures of cognitive performance. These were relatively slight effects, but even so, some participants did not pass the equivalent of a workplace drug test.”

None of the nonsmokers in the ventilated enclosure tested positive for THC.

While the Johns Hopkins study found that nonsmokers sharing an unventilated space with smokers will get a bit of a contact high, there isn’t any research out there saying that hotboxing intensifies the high of someone already stoned. 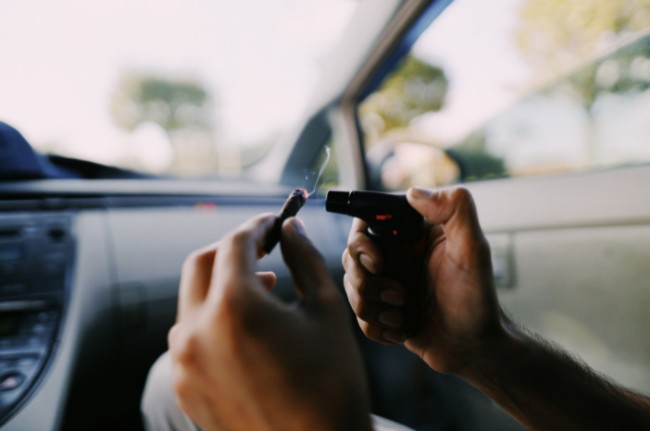 It is unsure whether or not hotboxing actually will get you higher. photo credit

We can’t blame you if you want to squeeze every last euphoric morsel out of that joint, but any extra high you feel from hotboxing may boil down to the placebo effect and the stories from others who say that hotboxing makes them higher.

But here’s the deal with the placebo effect. If you are in a car, closet, or whatever small space is giving you your best weed life of the moment, if you feel like your high is more intense, it is.

Cannabis smokers are a sociable bunch, and nothing feels more natural than sharing a joint or hotboxing with friends. Still, while the pandemic continues on – to keep yourself and others healthy and safe – it’s best to keep your joints and hotboxing to yourself. The coronavirus thrives in unventilated spaces, so until it is safe to do so, consider hotboxing an activity that you get to have all to yourself.

Hotboxing can definitely get nonsmokers in unventilated spaces a little bit high, but from a scientific standpoint, it’s unlikely that hotboxing gets a smoker any higher. If you do feel like the high is more intense, it may be because of the placebo effect and stories from others that can impact your perception of the hotboxing experience.

Do you think hotboxing is more intense? Share in the comments!

The Best Cannabis Strains for Focus and Clarity | PotGuide.com

How to Tell if Your Cannabis Has Gone Bad and Its Side Effects | PotGuide.com

CBD Cosmetics: What to Look For | PotGuide.com

Does Consuming Cannabis on an Empty Stomach Make You Higher? | PotGuide.com

CBD benefits for bodybuilding, CBD gummies near me, CBD for…

GWMFG #150: cbd benefits, dosing, where to source it, panel…