What is ABV Weed? | PotGuide.com


There is a reason that dry herb vapes are considered one of the best ways to consume flower. At the right temperature, the terpenes and cannabinoids are vaporized off the plant matter, leaving out the toxins, smoke, or carbonization that can irritate your throat and lungs when combusting cannabis. Most cannabis consumers who use a dry herb vaporizer also report a cleaner, purer high, with less paranoid or fuzzy-headedness.

Vaping cannabis also makes it much easier to control your dosage. You’re able to choose your amount, as well as your temperature of vaporization. This has made it a very popular method especially among medical patients, who can dial in the correct dosage to get their pain relief, relaxation, and other benefits without getting too high. There’s also the added benefit of creating a less pungent odor than with a joint or a pipe, and a better taste overall.

However, many consumers who use a dry herb vape seem not to know what to do with their used flower after they’ve finished with their session, and they’re missing out. That vaped bud has some excellent applications.

ABV (A.K.A Already Been Vaped) Weed

ABV, or Already Been Vaped bud (AKA Duff), is that crispy, brown, mostly used bud left over after a vape session. Resembling dry coffee grounds, most vapers will just throw it out. And why wouldn’t they? After all, they’ve already gotten all the benefits of the herb, right?

Not so fast. Unlike smoking flower using flame, ABV still has plenty of cannabinoids left in it. Since it’s already been decarboxylated by the heating coil, the THC and other cannabinoids are activated and able to be absorbed by your body. 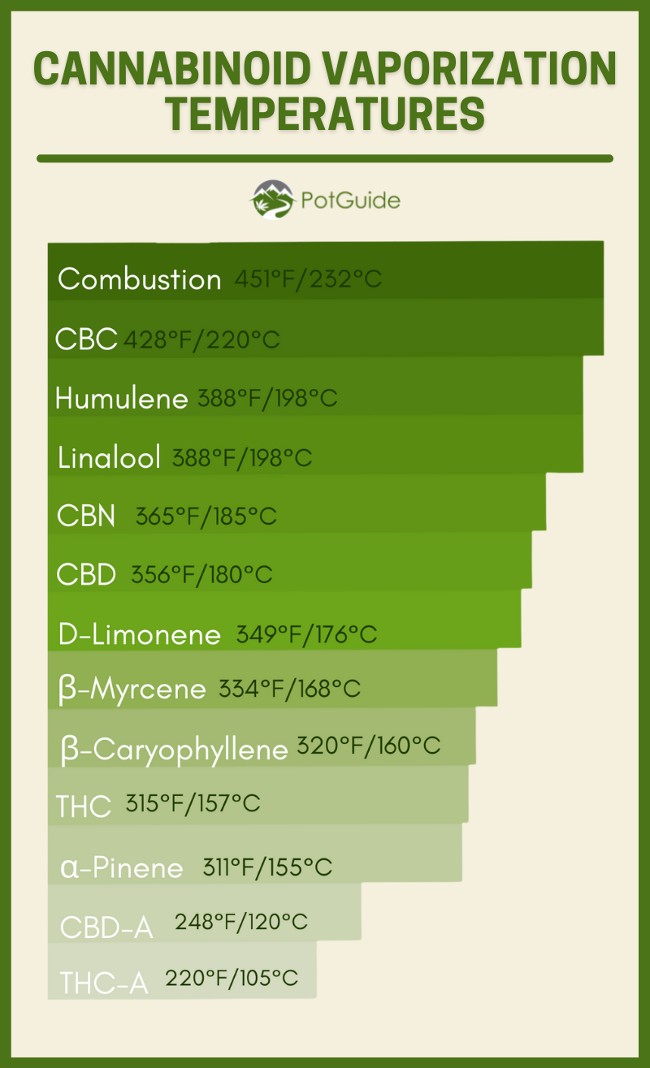 However, you have to set your dry herb vape at the correct temperature. If it’s too hot, you’ll basically end up with the blackened toast of weed and not much kick left it in.

If you’re vaping with convection heating, the sweet spot you’re trying to hit is around 315-440℉. Since this is the temperature that all vapes should be set at anyway in order to avoid combustion, it’s all gravy from there. Your leftover ABV will have plenty of potency left to give. A good visual cue for AVB is that it should be on the lighter end of brown or ideally the greener side.

So what can you do with your ABV once you’ve collected it off the coil? Below are some suggestions.

The most popular use for ABV is in edibles for obvious reasons; if you’ve vaped it in that golden temperature range mentioned above, you already have decarboxylated, activated bud in your hands. Since you’ve already done half the work, might as well put on your apron and do your own Great British Bake-Off impression. (If you’re alone and no one’s around, don’t skimp on doing your best United Kingdom accent. We won’t tell.)

Once you have a jar of AVB saved up, go ahead and add it into any oil. Be aware that there’s no real way to know the potency of the THC remaining in your duff, so start slow. You can always take more, you can’t take less. 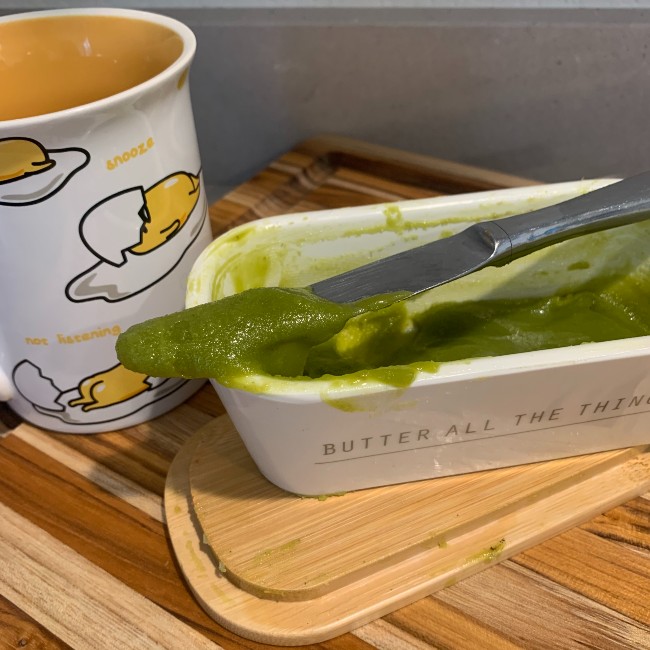 Cannabutter is a super versatile way to make edibles.

Cannabutter is one of the best ways to utilize your ABV. Just grind your ABV, then add equal parts butter and simmer down in a saucepan (add some extra water to make sure you don’t scorch the butter). Let it simmer without boiling for about 2-3 hours, then strain the butter by pouring it through a cheesecloth (don’t press the butter through, as you might also push through some of the less tasty plant material).

Once your cannabutter is strained, go ahead and add it to your favorite brownie recipe. The chocolate, nuts, and other flavors mix well with the cannabis flavor.

Again, using ABV means you won’t have a clear idea of the potency, so start slow with the brownies until you have an idea of their strength. 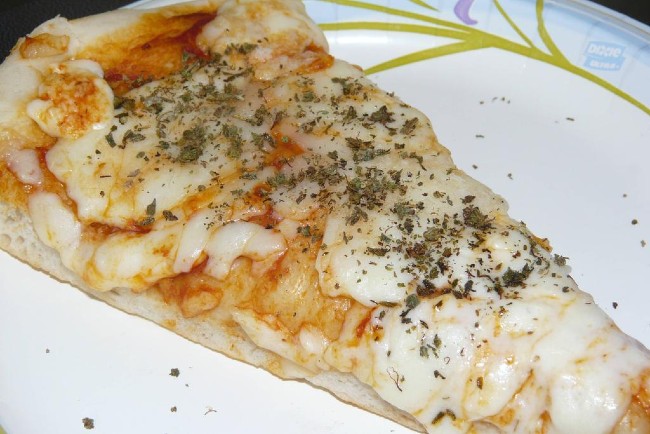 Since AVB weed has already been vaporized, you can sprinkle it on nearly anything! photo credit

Alternatively, if you don’t mind ABV’s strong taste, you can simply sprinkle it onto your food. Throw it into your peanut butter, toss it into your salad, or mix it into your BBQ sauce and go to town on some wings.

ABV’s versatility even extends to beverages. Let it steep with your tea inside a bag or a strainer ball if you’re into the leaf water. If you’re a coffee person, grind your ABV in with your beans and let it drain into the pot with your hot water.

ABV capsules are a great option for anyone looking to ingest their cannabis but without the extra sugar (or extra effort) of baking a tray of brownies or cookies. They’re also much easier to dose out since you’re more certain of the amount they contain, rather than hoping the cannabutter or oil has been spread evenly throughout the edible. Sometimes you get that extra pocket of cannabutter in one piece, and we’ve all eaten THAT brownie before.

Capsules are relatively easy to make. Simply buy some empty gel caps from a pharmacy or online. Then you can either sprinkle in the ABV directly, or infuse it into some coconut oil to further help metabolize and absorb the THC. Since the ABV is already activated, it will be absorbed into your gut once the capsule dissolves.

If tinctures are your thing, ABV is a breeze to use. Simply grind your duff up, then let it soak in a jar of alcohol. You’ll need something 90 proof or above, so think vodka or Everclear. Give your jar of tincture a little swirl every couple of hours, but otherwise, let it steep. After a day your tincture will be ready, but the longer you leave it the stronger it will be.

Leave the jar in a shady or dark place for a week or two maximum, giving it a spin every now and then to agitate the mixture. Finally, sieve your tincture through a cheesecloth or other fine mesh to filter out the plant materials. Try a couple drops under your tongue and wait to access the potency, then you’re good to go.

Can You Smoke ABV Weed?

While this isn’t really recommended, because ABV will not taste very good after having the terpenes vaporized out of it, it’s still possible. If you’re in a pinch for whatever reason, applying a little flame to the ABV in a bowl or a joint will release the remaining cannabinoids. However, since you’re using a dry herb vape in the first place to avoid combustion, this is clearly a last resort.

So, for those who are already using a dry herb vape, or are looking into buying one, you can throw “using your weed twice” onto the list of benefits.

Do you save your ABV weed?

Terpenes And How They Are Used In E-Liquids

Will Guernsey Go Next? |

Animals getting high and drunk – An Outrageous Crossword Puzzle – Latest…

What is full melt hash, the star system, and why does it exclude solvents?

How to Use a Vape Pen | PotGuide.com

Beyond the Grow – Scott Reach and Rare Dankness