As you’re wandering through your favorite dispensary before Passover this year, you may begin to see something new on the shelves: Kosher Cannabis. “Fantastic!” you think, “it’s about time.” Eager to take your place at the Seder table with some joints for a festive “Puff Puff Passover,” you head to the counter with a few products in hand.

Then you may remember that you and your Jewish friends already smoke marijuana, and have never heard any mention about being religiously unable to partake. So what’s actually going on? Is Kosher Kush actually kosher? Is this just another marketing ploy for cannabis companies searching for their own niche? Join us below for a discussion of kosher cannabis.

What Does “Kosher” Mean?

Kosher laws cover a wide array of dietary restrictions for Jewish people. Animals that can’t be eaten range from pigs to camels, insects, and lobsters. On the other hand, animals that can be eaten, such as sheep, cows, or the delicious and nutritious desert springbok, must be slaughtered humanely by a professional. Kosher also can refer to how the food is prepared, which is why there are kosher pickles even though the Jewish deity has no moral issue with any brine-soaked cucumber. In short, “kosher” refers to a product that adheres to these rules. 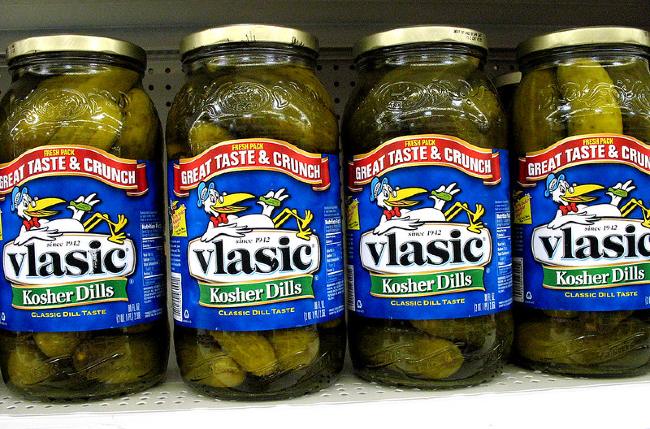 Kosher pickles are prepared in a way that holds up to kosher standards. photo credit

Several organizations throughout the Jewish world professionally inspect manufacturers of kosher products to certify that they are indeed following the religious dietary laws. In the United States, this is done mainly by the New York-based Orthodox Union, which puts an OU label on each product to reflect its kosher bona fides. While kosher cannabis products are springing up across the country, the OU label is the most recognized by the more devout Jewish sects.

What is Kosher Cannabis?

All plants are Kosher according to religious law, from lettuce to tea to cannabis. There is no special prayer or technique required before humanely ending the life of a celery stalk. As long as the plant is free of bugs that one may accidentally consume (which would not be kosher), a religious-law-abiding Jew can chow down to their heart’s delight. Because marijuana flower is smoked rather than ingested, the question of whether or not cannabis counts as kosher is especially moot.

So, you may ask, why are kosher certified labels popping up on dispensary shelves if Jewish people are already chill with smoking pot? Is this just a marketing ploy after all? Since your lungs are exempt from religious judgment but your stomach is not, kosher edibles are the obvious focus for any Jewish person visiting a dispensary.

Any morally-conscious stoner, whether vegan, Jewish, or otherwise, wants to know every ingredient they’re putting into their body adheres to their principles.

For observant Jews, that includes whether their gummies contain any gelatin made from pigs’ hooves and whether their brownies are lard-free. With these concerns in mind, Orthodox Jewish entrepreneurs are opening up cannabis kitchens, such as Mitzva Herbal Co based out of Los Angeles. Founded by Shifra Klein, an Ultra-Orthodox Jew who started using cannabis to treat one child with Autism and another with ADHD, Mitzva Herbal will soon be available in 28 dispensaries across California. They are currently the only edible company certified by the Orthodox Union as 100% kosher.

As mentioned above, the Orthodox Union (OU) is the primary organization that decides what is and isn’t kosher (but not the only one). Their OU seal of approval can make those stoners in the Ultra-Orthodox community breathe a sigh of relief after taking a deep hit off their vape or relax a little deeper off their CBD chocolate. Getting the OU label involves a rigorous permit process. This includes an audit of factory machine cleaning protocols to ensure no non-kosher ingredients accidentally made their way into the product, a kosher compliance review of all products, and onsite inspections throughout the year. 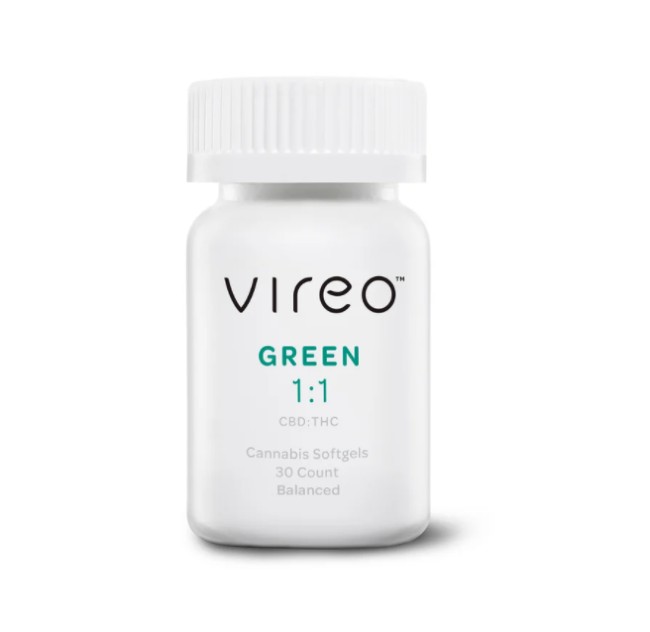 Besides Mitzva Herbal, the only other company to receive OU kosher certification in the US is the New York-based Vireo Health NY. In Medical-only states like New York, where flower is illegal but concentrates and pills are not, the focus for kosher companies widens. Full kosher compliance means that the gelatin and coatings used in their capsules and the machines used to make concentrates were up to the OU’s standards.

Currently, the big winner for kosher cannabis are those members of Orthodox and other strict Jewish communities in need of medical marijuana treatment. While Jewish law allows for non-kosher treatments for serious ailments, a kosher certification label is important for any observant Jewish person who may want to avoid feeling any extra guilt than they are stereotypically known for. For the non-observant Jews, or stoners of any religion, kosher cannabis can still be a selling point. It means your cannabis product and the machinery that made it has passed a second round of thorough inspection for contaminants and cleanliness. Extra care has been put into the ingredients, and they are probably healthier than mass-produced edibles.

So if you see the OU or other kosher label in your dispensary in the future, give the products a try. Or, just bring a joint to your friend’s next Hannukah gathering so there’s one more thing to light up besides the menorah as your own “Pot Mitzvah.”

Have you tried any Kosher cannabis products? Share your experiences in the comments.

How North Carolina cannabis stores are able to sell products…

Can a CBD Cream Help Your High-Heel Pain?

A Company of Firsts – Introduction (Part 1)

Jordan On My Johnson by Solitarymaninblack

What You Need To Know About CBD Oil, The Health Craze…