What It Is, and What It Isn’t | PotGuide.com

Even for experienced consumers, having a full understanding of some terms could help them make sound decisions about how they’d like to spend their money when shopping at their local dispensary. One term experienced and new consumers alike should familiarize themselves with is “sinsemilla,” a mashup of two Spanish words: “sin,” meaning without, and “semilla,” or seeds. Put them together and you get sinsemilla, or cannabis without seeds. Just what does this term mean, and how is it important to cannabis culture? Join us as we explore the history of sinsemilla.

What does Sinsemilla Mean?

Sinsemilla has taken on a bit of a legendary, albeit not well-understood reputation. Some hold that sinsemilla is a potent cannabis strain that only grows in the American Southwest or Amsterdam, or that the term refers to any high-quality cannabis that is grown with extreme care. While some sinsemilla is, in fact, grown with great care, the former is definitely not true. Sinsemilla is not specific to a geographic region, and it is neither a specific strain of cannabis nor is it specifically indica or sativa. 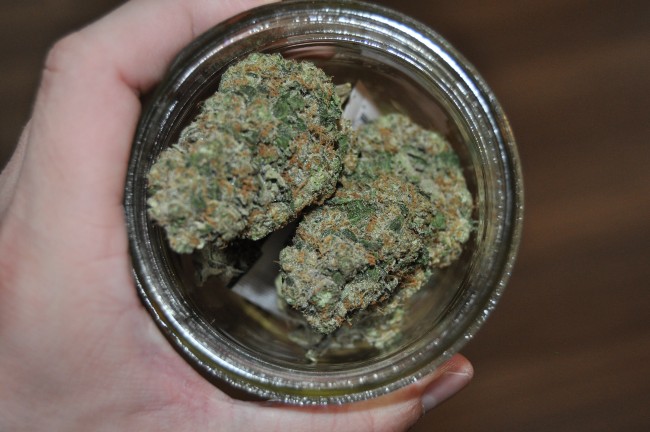 An example of cannabis with no seeds, AKA Sinsemilla.

If a strain, indica or sativa, does not have seeds, then you have sinsemilla – or seedless cannabis flower that comes from unfertilized female plants. What it boils down to for consumers is that sinsemilla is weed of higher quality and potency that tastes better than cannabis with seeds. The very large majority (likely all) cannabis sold on dispensary shelves is sinsemilla.

The History of Sinsemilla

Though it seems like a newish term, sinsemilla has been around since at least the 1970s. Prior to that time, most cannabis that entered the U.S. was wild-grown in Mexico and certainly not under the tightly-controlled conditions that today’s consumers are used to. Of course, this wild-grown weed was frequently full of seeds and not at all a quality product. There are reports of small pockets of growers in Mexico that cultivated sinsemilla in these early days, but it was considered extremely rare. This is likely where the word originated, though it was still not a common term.

It is believed that the word “sinsemilla” came into more widespread use – at least among growers – when cultivators in Europe and the U.S. began to ramp up local production in the 1970s and ’80s. It also provided growers with a term to distinguish their product from the lower quality seeded cannabis. 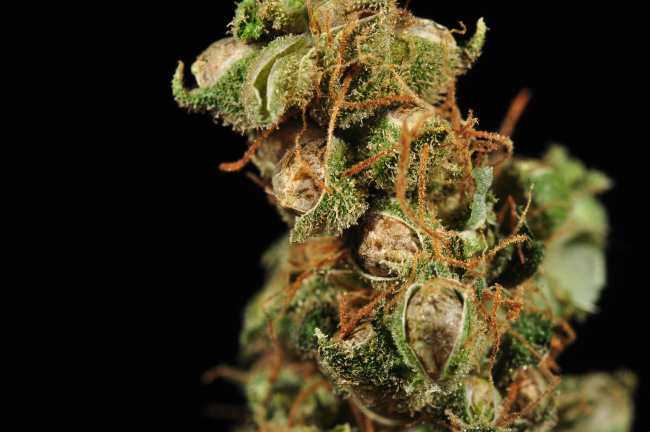 An example of cannabis with seeds.

Sinsemilla represented a change in growing practices that led some consumers to believe that they had somehow stumbled upon a new, better, and more potent strain, which isn’t the case. The only difference (that would not necessarily be privy to consumers) was in how it was being cultivated. However, it is true that this new growing technique increased a strain’s potency and improved quality overall.

This is because sinsemilla is unfertilized, which offers a few benefits for growers. Unfertilized plants have a tendency to grow buds that are more robust and can produce cannabis flower for up to a month longer than fertilized plants.

With sinsemilla, the energy that would have been directed towards growing seeds is redirected, which allows for increased production of cannabinoids and terpenes.

Most frequently, seedless cannabis is grown indoors to make it easier to keep male and female cannabis plants separate and to avoid pollination from male plants, and to tightly control for other factors that may affect its growth. Yet, the real game-changer for sinsemilla was the advent of feminized cannabis seeds that came around in the 1990s.

Cannabis has an amazing ability to reproduce asexually when stressed, allowing female plants to produce pollen. Feminized seeds are made by artificially inducing a female plant to create pollen, and then using that pollen to seed another female plant. Instead of being a mixture of male and female plants, these new seeds contain only female chromosomes and thus produce all (or almost all) female seeds. Prior to this technology, growers had to do the labor of culling male plants by hand. Feminized seeds gave growers the opportunity to eliminate the worry of seeding, and focus on nurturing high-quality ganja.

While sinsemilla still denotes higher quality bud, its cachet has been somewhat reduced from its late-20th century heyday. These days, growing cannabis without seeds can be achieved much more easily and frequently, because in many places it is legal to grow cannabis indoors and there is much more widespread access to high-quality feminized seeds. For many modern cannabis consumers, sinsemilla is all they’ve ever known.

We now know that there are a few different ways to define sinsemilla: one is cannabis without seeds, another is seedless feminized cannabis, and last but not least, high-quality cannabis product. Having this information arms you with the knowledge to be an informed consumer and to better understand precisely what you’re paying for at the dispensary.

What does Sinsemilla mean to you? Let us know in the comments!

Webinar – Beyond THC and CBD: Next Cannabinoids in…

Importance of Decarboxylation for Cannabis

THE NEW CANNABIS CAPITAL OF EUROPE

Does Marijuana Cause Lung Cancer?