February 2021 was a great month for cannabis legalization here in the United States, with some equally promising news abroad. Legalization changes are playing out all over the U.S. New Jersey’s governor finally signed off on his state becoming the fifteenth to legalize recreational cannabis. Virginia is only waiting on their pro-cannabis governor’s signature to become the sixteenth adult-use state and the first adult-use state in the South. Meanwhile, North Dakota is making legalization moves, and South Dakota’s newly-passed medical cannabis law is stalling out thanks to their governor.

Beyond legalizations, cannabis jobs are becoming as numerous in Michigan as auto-repair jobs, and Florida’s medical sales are breaking records. Canada’s legal sales passed an important milestone and German researchers are reporting positive medical benefits in the treatment of Parkinson’s disease. Join PotGuide as we take a look at the month of February in cannabis news.

At the start of the month, Virginia’s Democratic-controlled legislature voted to pass HB2312, which officially legalizes recreational marijuana sales throughout the state. This is enormous news, as Virginia is about to become the first Southern state to legalize recreational cannabis consumption. Not only is this a first in a new US region, but the number of recreational states is about to hit that sweet 16 number.

Now approved by the state legislature, the measure passes on to Governor Ralph Northam, who has made his pro-cannabis stance clear. His signature is almost a certainty, given that 70% of Virginia’s voters support the bill. 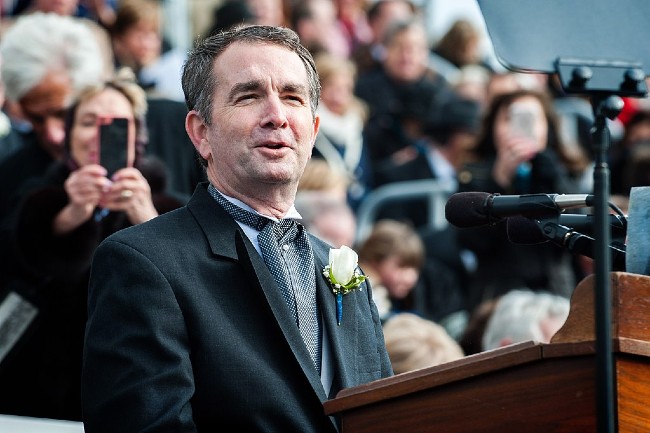 It is strongly predicted that Governor Ralph Northam will sign the bill. photo credit

The setup of the new laws can be a bit confusing. Legal sales are planned to begin in 2024, giving the government time to set up the requisite cannabis agencies, establish licensing guidelines, and allow growers to begin ramping up production. Here’s where it gets tricky, initial legislation would have introduced the legalization of possession in the summer, however, the state house and senate disagreed over the provision. Instead, a “compromise” was reached to implement legalization alongside the new market, meaning that currently, though it is decriminalized in the state, and legislation has been passed to legalize, cannabis will remain illegal in Virginia until 2024.

Tax revenue from sales will go towards pre-K, education, public health programs, as well as addiction treatment. Thankfully, as is becoming a standard with bills such as these, a portion will also go towards social justice measures, compensating and restoring black and minority communities who have been overwhelmingly targeted by the legal system. This includes both by law enforcement and state prosecutors. One hopes that, much like in Illinois, future legislation will also ensure black-owned cannabis businesses receive fair and equal access to licenses and funding. It remains to be seen if the 2024 timeline will hold, and many expect legislation to amend it before then.

Legalization Across the US

Meanwhile, in the Northeast, New Jersey became the 15th state to legalize recreational cannabis after a three-year effort. Even though nearly 70% of the state’s voters supported the bill, Governor Murphy had held up signing due to disagreements over police enforcement of minors in possession. Many of the disagreements with state reps and community leaders focused on balancing police enforcement, which disproportionately targets people of color, with discouraging underage use or dealing of cannabis. As it now stands, minors caught with less than an ounce will face an increasing set of warnings before any legal action is taken.

In the Plains region, North Dakota’s state house just passed House Bill 1420 which would legalize recreational cannabis in the state. Surprisingly, the bill’s sponsor is an anti-cannabis use Republican, whose reasoning is that people are going to use it one way or the other. If passed, the bill will have the strictest language and regulations in the US. The bill now passes onto the state senate.

However, their neighbor below, South Dakota Governor Kristi Noem will be delaying the implementation of the voter-approved medical cannabis program for an entire year. The Republican governor has cited “feasibility” issues.

While the US economy is having a rough time, the number of cannabis jobs continues to rise faster than nearly every other industry.

Meanwhile, despite only having a medical cannabis market, total marijuana sales for the state of Florida reached $1.3 Billion in 2020. This put the Sunshine State below only Colorado and California in total cannabis revenue for that year. It should be noted that both these states’ revenues include medical and recreational. Florida’s nearly half a million registered medical marijuana patients can be credited for this incredible economic news.

Our neighbors to the North finally passed a milestone long-awaited by any country or state that legalized cannabis, licensed cannabis revenue outpaced black market sales for the first time since the country ended their cannabis prohibition. In total, $70 million more legal cannabis was purchased than gotten through “legacy” channels. This is yet more proof that, despite the concerns of anti-legalization activists that cannabis consumers will never abandon the black market, all that it really takes is time. 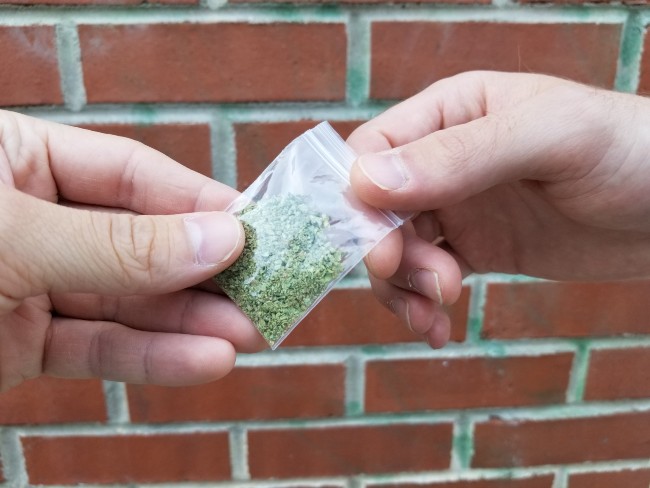 Legalized cannabis sales are hard to get organized at first. There will always be an initial price differential since black market growers can set their own prices and don’t need to deal with taxes, renting space, payroll, license fees, regulations, and other expenses that come with legal cannabis sales. However, the majority of cannabis consumers still prefer coming into a well lit shop whenever they please to purchase cannabis legally. Eventually, that will win out.

Sometimes cannabis news can feel like the movie Groundhog’s Day, where the same thing keeps happening over and over again. That’s not always a bad thing. State governments like New Jersey, Virginia, North Dakota, either introduce cannabis legislation with some reservations, pass it, or sign it into law. Here and there conservative elected representatives like in South Dakota slow the legislation down despite popular support. A state or entire country like Canada proves yet again that concerns about cannabis’ legal market never being able to overtake the black market prove faulty over time. A new study reports on cannabis’ promise as medicine to help treat diseases like Parkinson’s. It all has a sheen of familiarity, despite being new.

However, much like the movie Groundhog’s Day, what can seem at the time like the same thing happening over and over again, can actually be progress in disguise.

How To Use American Shaman CBD Pain Relief Topical Cream

New Research Finds Marijuana Use Not Associated With Hypertension