The Man Who Made Weed Illegal | PotGuide.com


There are two main reasons that marijuana became illegal in America. The first is racism. The second is Harry Anslinger. Even today, we’re still dealing with the aftermath of these two forces combining in the first half of the 20th century. Before 1910, cannabis use wasn’t an issue in American society. It was a byproduct of hemp, a popular textile crop harvested in America since the 1700s for clothing, sails, rope, and paper.

Extracts from the flower were a common ingredient in medicines like cough syrup prescribed by pharmacists. Hashish smoking was an uncommon but accepted habit, much less popular than tobacco. Few people, if any, considered it harmful or dangerous. So how did cannabis go from a common textile and remedy to a supposed scourge of society? Let’s take a look at just how it is that cannabis became illegal.

Everything changed in 1910 when the Mexican Revolution began. Over the following decades, a wave of Hispanic immigrants moved to the United States, fleeing the violence and terror engulfing their homeland. They settled in, worked hard to establish new lives, and relaxed by smoking marijuana as they had back in Mexico. Fearful of this influx of non-whites and filled with xenophobia, Americans began associating cannabis use with Mexicans and the violence, crime, and sexual assault they accused them of bringing to their cities. This prejudice would popularize the use of the foreign-sounding Spanish term “marijuana” over the familiar, Latin-derived “cannabis.”

When the Great Depression hit, the public’s economic anxiety further fueled their racial resentment. New anti-cannabis laws began cropping up, and cracking down on marijuana became a way to arrest Mexicans and other “undesirables.”

This localized fear of marijuana and those who smoked it would spread nationwide thanks to William Randolph Hearst, the owner of the world’s largest media empire at that time and a staunch nativist. In every major American city, Hearst’s newspapers trumpeted cannabis as a drug that turned normal people, and especially minorities, into murderers overnight, or rendered them insane. Hearst’s racist fear-mongering and local government’s hysteria over marijuana’s dangerous effects on “racially inferior” classes would outlaw marijuana in 29 states by 1931. 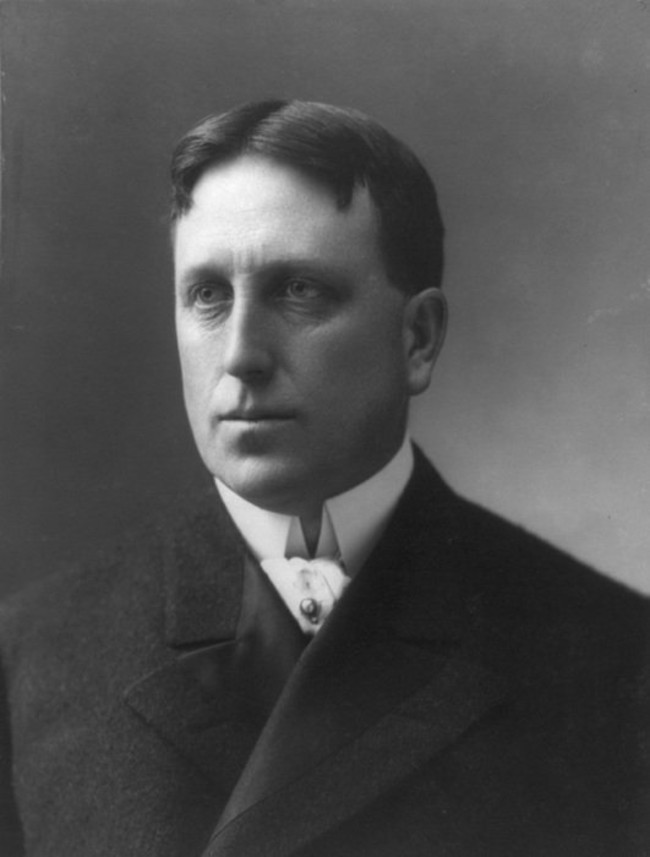 Hearst was another big player in influencing negative beliefs about cannabis throughout the country. photo credit

One person who hadn’t bought into the “Marijuana Menace” was Harry Anslinger. Anslinger spent a decade of his early career in government working with various law organizations on stopping the international drug trade, particularly making a name for himself in enforcing alcohol prohibition. Before he was appointed as the head of the newly created Federal Bureau of Narcotics in 1930, he was on record saying that the idea that marijuana made people crazy or violent was ridiculous. Even after his appointment, he called the notion  “an absurd fallacy,” in his 1933 report, Organized Protection against Organized Predatory Crime–Peddling of Narcotic Drugs, VI. He instead asserted that it made people lazy and socially dependent.

However, Anslinger also knew that support for alcohol prohibition was waning and so was the money the government was spending to fight it. His new department’s funding would shrivel up chasing the relatively minor problems of opium and cocaine, outlawed 15 years before. He needed a new threat to American society to help his career, so marijuana would have to become a menace.

Helping Anslinger overcome the cognitive dissonance of his 180-degree turn cannabis was his virulent racism. He refused to allow agents of color into his office, and even in his previous government positions he used the N-word so frequently in official memos that multiple senators demanded his resignation. Once Anslinger linked marijuana use to Mexican and Black Americans, his entire crusade could be summed up by this abhorrent direct quote: “Reefer makes darkies think they’re as good as white men.”

From 1930 onward Anslinger would host frequent radio addresses claiming that marijuana caused instant addiction that led to insanity, violent crime, and sexual deviancy, which to him included interracial relationships. He also collected a series of articles detailing lurid crimes caused by marijuana use that he referred to as his “Gore Files.” The most famous of these, which would inspire the 1936 film Reefer Madness, is the case of Victor Licata. A twenty-year-old with clear psychiatric issues, Licata murdered his family with an ax after using marijuana. Anslinger, police, and the media attributed this crime to marijuana use. Professional psychiatrists would point to his history of violent schizophrenia, never mentioning marijuana once in their report. 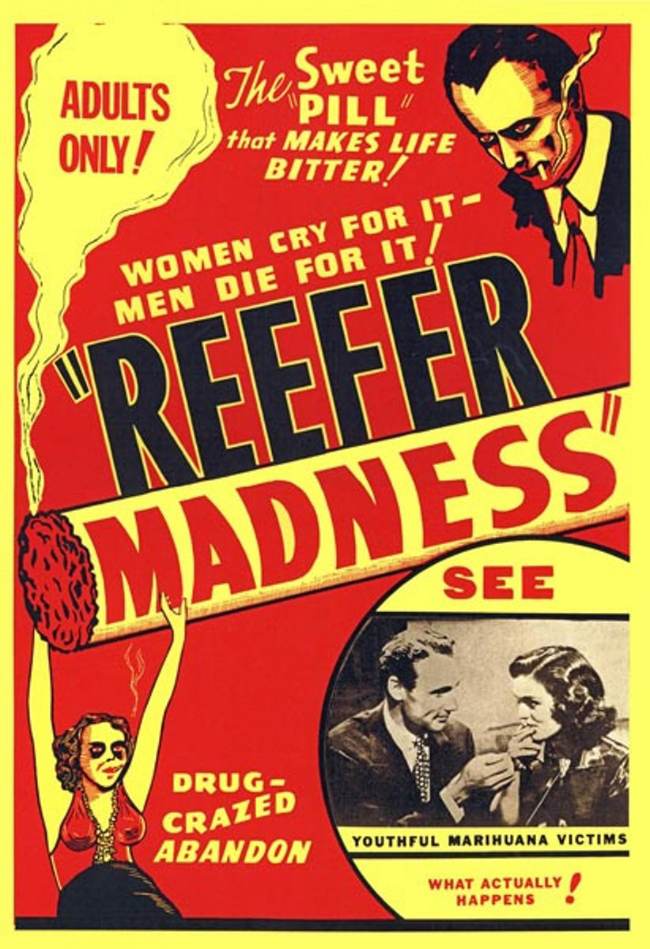 Reefer Madness was used as a propaganda film that portrayed cannabis as a murder-inducing drug. photo credit

While some newspapers, including Hearst’s, were all too happy to spread Anslinger’s scandalous marijuana stories, he had a difficult time finding medical professionals to back him up. Out of the 30 scientists he contacted, only one would testify that marijuana was in any way dangerous. Anslinger, of course, used only that scientist’s opinion in his government studies and documents going forward.

Seven years after Anslinger began his campaign against cannabis, the 1937 Marijuana Tax Act that would federally outlaw marijuana came up for debate in Congress. On one side were hemp farmers and experts such as Dr. William Woodward, the legislative counsel to the American Medical Association.

Woodward not only stated that there was no evidence that marijuana was dangerous but that prohibition “loses sight of the fact that future investigation may show that there are substantial medical uses for cannabis.”

On the other side were industrialists like Hearst, Andrew Mellon, and the DuPont family, for whom hemp was seen as a threat to their profits, as it was a cheap alternative to paper that would render their timber holdings useless. There was also decades of anti-marijuana propaganda demonizing the weed and those who smoked it, namely people of color, that swayed public opinion. And, of course, Harry Anslinger, who drafted the legislation and testified regularly. The act passed and cannabis became effectively illegal in the United States.

A year later, Popular Mechanics Magazine would optimistically report that hemp was the new “billion-dollar crop” after technological advancements finally made it affordable and practical for small-scale family farms. Along with the advancements in medical treatment that cannabis could have afforded, the new law effectively killed this burgeoning agricultural industry as well.

After marijuana prohibition became the law of the land, Anslinger never really stopped his crusade. In 1951, he would testify in Congress that marijuana was a “gateway” to other, harder drugs, which would become canon in popular media. He would later fight for mandatory minimum sentencing laws, and then for extending the sentencing for those charges.

Anslinger retired in 1962 under Kennedy, but his impacts would continue throughout the 20th and 21st centuries. Thousands of citizens would be incarcerated and continue to be for cannabis-related charges. Thousands more would die in drug wars, both in America and worldwide. Marijuana laws and enforcement continue to disproportionately affect minorities, with Black Americans being four times as likely to be arrested for marijuana possession than white people, despite similar rates of use. 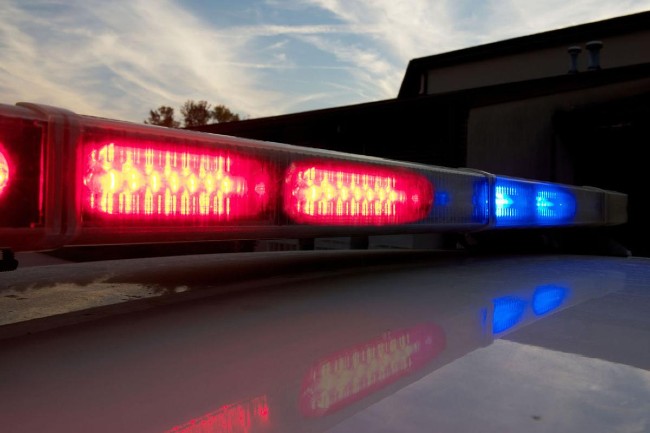 People of color, in specific, have disproportionately suffered due to the war on drugs. photo credit

Conservative politicians and right-wing media push the narrative that Black Americans and Hispanic immigrants fleeing conflict spread drugs and crime throughout our cities. Former Attorney General Jeff Sessions refused to allow marijuana research laws to be enacted, and specifically rolled back federal laws protecting legal marijuana sales. Session of course was famously quoted as saying “I used to like the KKK until I learned they smoked pot.” He would later claim this was a joke.

Even Anslinger’s twisting and outright denial of the truth is currently written into law. According to Congress, the “Drug Czar” must “‘take such actions as necessary to oppose any attempt to legalize the use of a substance (in any form)’ that is currently illegal, regardless of the facts.’” In other words, even today, because Marijuana remains illegal, it’s department policy to lie about any facts stating that it shouldn’t be.

Marijuana legalization cannot redress the legacy of racial oppression, police violence, mass incarcerations, and countless people suffering needlessly since 1910. However, state by state, we are working towards a better future. Marijuana is essentially a mild drug with countless medical and social benefits that is only illegal due to the racial legacy of this country and those who ran it.  However hard Anslinger and those like him try, you can only bury that truth for so long.

What do you think about cannabis prohibition? Share your thoughts in the comments!

Pain, the brain and your amazing protectometer – Lorimer Moseley

Deputy Fends off Five Armed Robbers at Dispensary in St.…

How To Take CBD Topicals And Edibles – Boutique To You…