UN Cannabis Reclassification: What Does It Mean? | PotGuide.com


Most marijuana news read in the United States tends to focus on the long, steady push towards full recreational legalization across the nation. While American cannabis consumers can’t be blamed for limiting their attention to the marijuana news that most affects them, elected officials across the globe are rethinking their countries’ regressive views on marijuana. Canada and Uruguay have federally legalized cannabis and countries like Israel are nearly there. While efforts last year failed in otherwise progressive New Zealand and Germany, their citizens seem cool enough to tip the scales towards legalization in the next few attempts. Meanwhile countries like Russia have claimed that marijuana is “The most abused drug globally” (*cough “alcohol” *cough *cough), and there are plenty of other nations holding the same antiquated views.

Marijuana was originally classified as a Schedule 4 drug 1961. A lot of the pressure to list it as the most harmful and least beneficial came from the United States. However, times have changed. In a close vote of 27 to 25, the 53-member commission agreed to remove marijuana from the strict Schedule 4 list of the most dangerous and highly addictive substances with little to no medical value. But what does this mean for marijuana regulations on a global scale?

The Significance of Cannabis Reclassification

As of 2021, marijuana and its extracts will now be reclassified by the UN only as a Schedule 1 drug. This means that marijuana is still considered a highly addictive substance with a serious risk of abuse, but removing it from Schedule 4 eases the restrictions on research into the therapeutic benefits of cannabis.

This push to reschedule cannabis has been in the works for two years, ever since the World Health Organization made its recommendation to do so to the UN. Over the summer of 2020, the UN Commission on Narcotic Drugs hosted months of consideration and debate attended by over 600 experts from more than 100 countries.

The World Health Organization has made recommendations in the past to reclassify cannabis. photo credit

Reclassifying marijuana so that it is still considered a dangerous and illegal substance with some medical benefits may seem like a slim victory for marijuana advocates to be celebrating. However, it was the only one.

Other recommendations regarding updating international agreements on marijuana lost by slim margins. The recommendation to remove CBD from international control was overwhelmingly rejected, despite the cannabinoid’s non-psychoactive characteristics. Testimony from the European Medicinal Cannabis Association that loudly and repeatedly informed the commission that CBD is not a narcotic at all did no good in changing their minds.

Is a Small Victory Worthwhile for Marijuana Reform?

In another example of “times have changed,” the United States representative on the UN’s commission voted to reclassify marijuana to Schedule 1, citing the FDA’s findings in 2018 that marijuana extracts can effectively treat seizures.

In an example of “times haven’t changed that much,” a representative from the US State Department has told the media that, despite the US representative voting in support of the reclassification, it still won’t change marijuana’s Schedule 4 classification in the United States, which states that marijuana is a dangerous drug with no medical benefit.

“OK,” you might be saying “So a slim majority of international representatives have agreed that eating a weed brownie might possibly be slightly better for your health than shooting up black tar heroin. Or at least, some medical research can now be done with international approval to see if there’s any truth to that statement. So what? They could have flown any marijuana consumer from any country over to Geneva to tell the UN Commission on Narcotics the same thing years ago. Does this get the United States any closer to full federal legalization?”

Is Global Cannabis Legalization a Possibility?

The conclusion of the UN Commission on Narcotics may seem like more of a long-overdue editorial correction in their classification system than a full-throated endorsement of the truth that marijuana is a mostly harmless drug that should be legalized. However, it is still a half-step in the right direction.

This is not to say that the UN’s continual foot-dragging when it comes to marijuana isn’t frustrating. Cannabis consumers in both the United States and abroad are rightfully getting a little tired of positive half-steps. Marijuana has countless health, economic, and societal benefits that continue being proven on both a state-by-state and country-by-country basis. It’s true that marijuana does cause some limited health and mental effects and should be subject to reasonable regulations to prevent harm. However, the destructive effects of policing, legally charging, and incarcerating people across the world for consuming a mostly harmless drug is incalculable. It’s clear across the world that more harm is being done by keeping it illegal than making it legal. 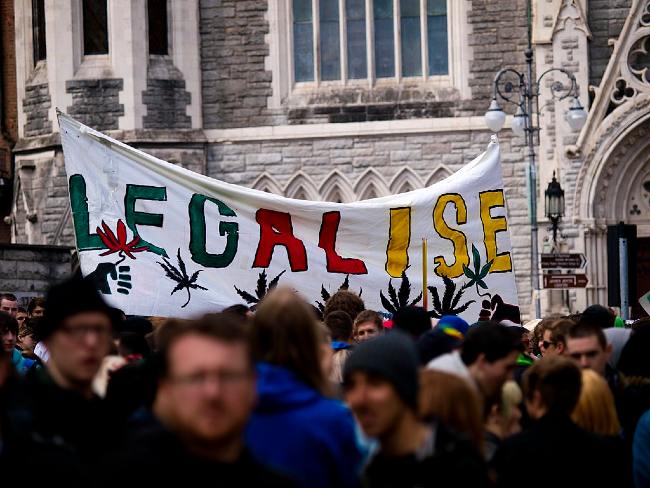 The fight for legalization has continued to make small progress, both in the U.S. and abroad. photo credit

Despite all the frustration, the UN’s declassification of cannabis is inarguably a good sign for the worldwide cannabis community, including the US. By opening the door for medical research, they’re one step closer to getting to the inevitable conclusion: Marijuana is medicine.

The simple truth is that generations of anti-marijuana propaganda and laws are hard for most countries and many states to simply overturn. Even many US states with overwhelmingly positive views of marijuana like Minnesota haven’t been able to pass full recreational legalization yet due to generational resistance. Attitudes can be frustratingly slow to change no matter what facts are presented. However, it’s much harder for politicians or the public to deny sick people access to medicine, or to prosecute the gravely ill for trying to maintain their quality of life. Because medical marijuana goes to a smaller group of people, it’s easier for anti-cannabis politicians to make small allowances.

With the UN conceding that marijuana may have some medical benefit, this means that cannabis activists across the globe have just more evidence that their country’s marijuana laws are wrong. This can make it easier to start a medical program to help the people who need it. Much like in the US, once cannabis use becomes accepted as medicine and not as a destructive drug, it makes it a little easier to accept that allowing recreational use will not lead to the downfall of your society.

The fact that the United States FDA gave its approval is a good sign. If even our own government is admitting that marijuana has medical use, and if President Biden goes through with his promise to decriminalize marijuana, our country is even further on its way to full legalization. It’s long overdue, and the damage from our country (and the world’s) anti-marijuana laws will take generations to fix, but this UN reclassification is what progress looks like.

What do you think about the recent UN reclassification of cannabis? Share your thoughts in the comments below.